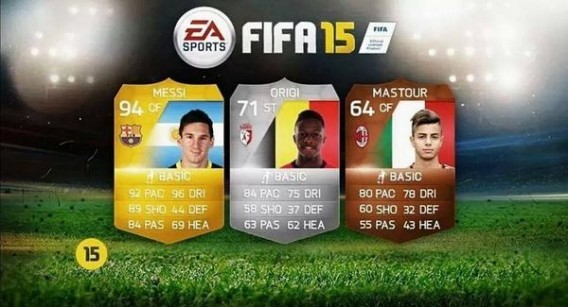 We are planning to run a FUT League from 3rd November, but would like your feedback to the following as this is our first time running this format.
Always open to suggestions to improve the league and make it fun, but competitive for all.
So read below, let me know your thoughts, then post below if your still interested. Many thanks.

Obviously it will be difficult to monitor, so it might be an idea to take a pic/screenshot if your unsure of your opponent when their team shows before you play.
Therefore you need proof to claim a dispute, otherwise we can not act on it.
Any player will be warned and possibly given the benefit of the doubt, repeat the offence and you will be kicked from the league & prize coins void.

Everyone submits their 18 man squad via screenshot with their phone or from the EA FUT website, before a given deadline date.
All players have to use that squad for the duration of the league.
That would stop people just buying great players when they are up against a league rival or whatever would keep it fairer since all players would be using the same UT players for all league games.

To enter and accumulate the prize fund as follows:
Each team/player will have to buy a card off Sweetpatch (Nidge) for the set price of 1K and you have 1 week to do so to enter.
At the end of the season we will then return the favour to those winners and return the prize funds by buying a low bronze card that equals your prize fund.