I was lucky enough to recently attend EA’s Studios in Guildford to get my hands on the brand new FIFA 14: Ultimate Team.  Check out here my preview of FIFA 14: Ultimate Team, my video previews and my interviews with Producer Sebastian Enrique and Marcel Kuhn and also how EA will continue its fight against Ultimate Team coin sellers in FIFA 14! 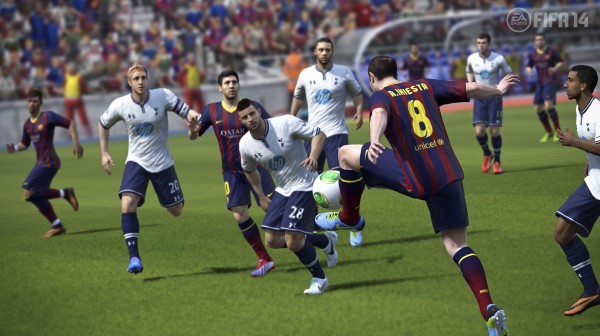 One of the major new additions to Ultimate Team in FIFA 14 is Chemistry Styles, something that the Producer on FIFA 14 Ultimate Team, Marcel Kuhn, feels will add another layer of personalisation. These styles will affect attributes, depending on what style is applied, and will gain an even greater boost if applied to a player who has good chemistry. This additional boost will be evident on the card in a bid to increase transparency.

Check out  my full preview over at Clickonline.com to see my thoughts on:

A look at the new Chemistry Styles feature of FIFA 14 Ultimate Team, news about single matches and more…

A quick look at the Gold Ultimate Team Pack for FIFA 14 and the Squad Layout screen.

Watch out! EA is coming for you and will not support the practice of selling Ultimate Team coins in FIFA 14.

My Interview with Producer Sebastian Enrique

With Gamescom just around the corner, EA is preparing for some more FIFA 14 announcements, but I sat down with Producer Sebastian Enrique to try to tease some information out of him regarding what is in store for players.

Check out my full interview over at Clickonline.com to see Sebastian’s responses to the following questions:

I sat down with Ultimate Team Producer Marcel Kuhn to see how the game will change this year and what future announcements we could hear about.

Check out my full interview over at Clickonline.com to see Marcel’s responses to the following questions:

So what do you think of my preview, videos and interviews and please ask away if there’s anything you’re curious about FIFA 14: Ultimate Team that I might be able to answer.