Day 2 of the FIFA Interactive World Cup 2013 in Madrid is over and it was down to business for the remaining group stage matches held at Café 40 and live streamed on FIFA.com and Youtube. Some players built on their good form from the opening day, some rediscovered their groove after a nervous and shaky start while others failed to find a place in the final eight. 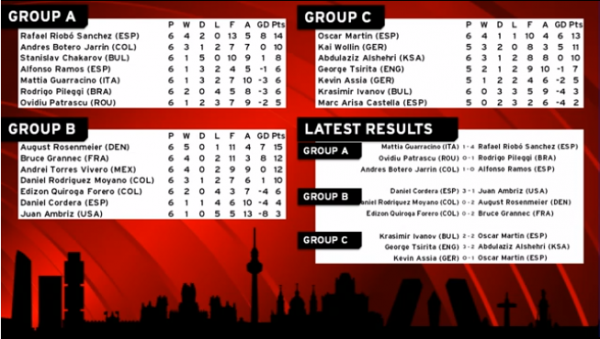 So who do you think has what it takes to challenge for the title of the world’s finest FIFA 13 player?  Vote in our question @ our Facebook Fan Page.