As we prepare for FIFA 12 at i46, GameSpot have just released this video about Spectator gaming becoming a growing trend, but why on earth would people watch other people play games? GameSpot gets some perspective from a live-streamer, a viewer, and a developer and we would very much like to get your feedback in advance of i46 of what you would like to see. 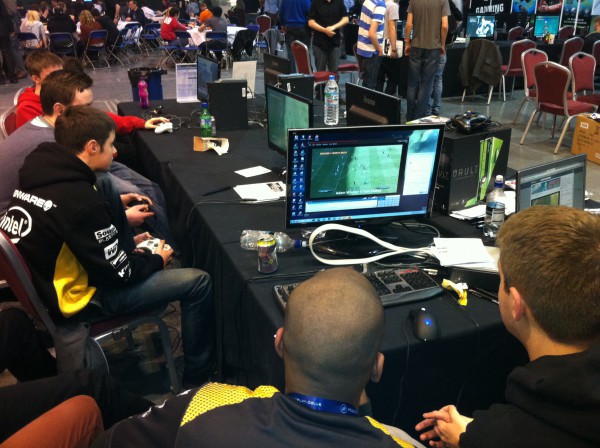 Spectator Gaming | What do you want to see at i46?

At i45 we streamed the whole time as we featured key games throughout the 1v1 and 2v2 tournaments.  You can see all our videos from i45 here:

i46 runs from 24th to 27th August at the Telford International Centre and we will also be looking to run the following FIFA 12 activities (to hopefully be officially confirmed by Multiplay this week):

To ensure we provide the very best Spectator experience for you, we really would appreciate your feedback on what you would like to see us deliver and then we can prepare for the next month to deliver as much as is achievable for you.

So what would you like to see us provide for your Spectator enjoyment?